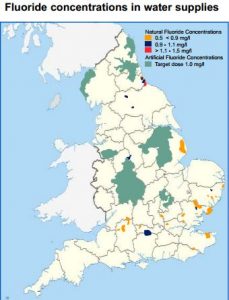 A leading prosthodontist has urged the government and local authorities to find a way to implement water fluoridation after new research found it could save the NHS £4m a year and reduce the number of dental extractions in young people by nearly seven times.

Nigel Rosenbaum, who teaches at the University of Sheffield and also works in private practice, said: “Water fluoridation has been shown to provide a significant level of protection against dental decay, though this has reduced relatively over the years with regular use of fluoride containing toothpastes.

“As a specialist in prosthodontics, I am dealing every day with the personal loss of teeth, frequently as a result of dental decay.  The health benefits have been demonstrated many times over the years, and in many countries, with significant discrepancies between fluoridated and non-fluoridated areas as with the recent study.

“The NHS now more than ever before, needs to reduce costs, and implementation of such strategies should be urgently considered.”

Hospital statistics over a three-year period suggest on average 6,900 young people (aged up to 19 years) were admitted annually for dental extractions in the largely non-fluoridated North West of England. In the same period (the financial years 2006-9), the largely-fluoridated West Midlands saw on average just 1,100 admissions of young people a year for the same procedure.

The study – An alternative marker for the effectiveness of water fluoridation: hospital extraction rates for dental decay, a two-region study – which was published in the British Dental Journal today, found the difference in hospital admission rates was not a one-off, but a consistent pattern for each of the three financial years studied.

Some environmentalists and consumer groups believe fluoridation has links to cancer, Down’s syndrome and infant mortality and can also damage bones, but 26 reports since 1953 from governments and global health authorities such as the World Health Organisation have found that in appropriate concentrations it reduces tooth decay, with no evidence of any danger to health from continued consumption.

Nigel Rosenbaum is principal dentist at one80dental, which receives referrals from dentists across the Midlands and the North of England for advanced surgery and dental implants. It also hosts training courses for the dental profession.